I don't know how many people are still active around here, but I've certainly not been in quite awhile. And I've decided that the time for me to be on lj is at an end. But since I would like to get back to a more journal platform, I've revived my dw! Anyone who is on there, feel free to hit me up :)

(I will still potentially be using lj for exchange stuff, but I don't forsee my personal journal seeing any more posts.)

My third and final art for this year's

wipbigbang! The author unfortunately wasn't able to finish for the bang, so no link atm. There were some great visuals in this epic fic that I wanted to incorporate into the art, particularly around a scroll that gets described. Transferring my sketches to the final art was, as always, a bit of a bumpy ride, especially since I realized I didn't quite have the skills to do a lot of it to my satisfaction. But I like how they came out anyway!

In|Servitude
Author: Nemmy
Fandom: Naruto
Pairing: Shikamaru/Neji, Kakashi/Naruto
Summary: In order to find out the truth behind his sensei Asuma’s supposed suicide, Shikamaru, the young heir of the Nara clan, will turn over every brick and shingle of the capital, even if it means risking his family’s reputation and safety by making an enemy of the bakufu and possibly the entire shogunate, even if it means exacerbating the already antagonistic rivalry between Naruto, adopted son and heir of Daimyo Tsunade and Sasuke, the youngest son of the house of shinpan Daimyo Uchiha, even if it means repeatedly clashing with Hyuuga Neji, the young and dogmatic bushi, who looks down upon Shikamaru for his humble origins and detests him for his reckless disregard for the courts and the customs alike.

Second art for this year's

wipbigbang! A little late bc I had to travel on short notice... Anyway, I really enjoyed reading this moody, atmospheric fic, and I was so happy to get to do art for it :) I had a bit of trouble translating my original sketch for the cover into the final project (originally there were going to be figures going down the stairs, per the fic), but I think all in all the art turned out really well!!

death first to vultures and scavengers
Author: technorat
Fandom: Star Wars Sequel Trilogy
Pairing: Armitage Hux/Kylo Ren
Summary: Kylo Ren is tasked by Snoke with the retrieval of a set of Force-sensitive cultists from Arkanis. Hux is not at all what he had expected of them.

First art of this year's

wipbigbang! I was super excited to do some IT art since that's been my hyperfocus fandom this year lol And it was such a good fic!! It made me laugh and cry and honestly I'm already looking forward to a reread lol

Meet Me in California
Author: Regina_Writes
Fandom: IT Movies
Pairing: Richie Tozier/ Eddie Kaspbrack
Summary: In which a dick measuring contest goes terribly wrong (or right, depending on your perspective) resulting in the union of Derry's two resident doofuses--a union that both are too scared to define.

It’s that time of the year again… i.e. Christmas/Hanukkah/Kwanzaa/Solstice/Winter is coming up and I want to send some Christmahanukwanzastice cards!

I’m doing my address collecting a little differently this year, so if you’d like a card from me, just fill out the form bellow! You can decide whether or not you want stickers, glitter, or a drabble. Feel free to request a card even if we don’t talk or follow each other. The more the merrier!! 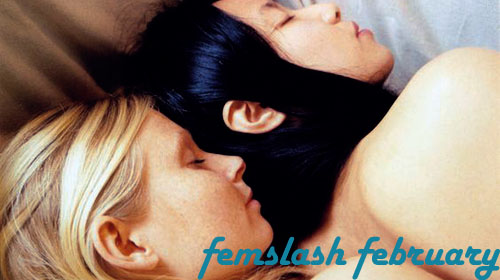 The Oscars are tonight! I'm excited to see how it goes this year. Even though I'm kind of side eyeing some of their nominations lol But you know, it happens.

I didn't make as much of an effort to watch the nominees this year, thus my opinions are probably even more narrow than usual. Also it just feels like the Oscars came up so fast this year?? I didn't have time to watch as much stuff after nominations in preparation. Anyway, I watched a grand total of 8 of the nominees this year, which is 1 more than I saw last year, which is cool.

So here's my list of watched nominations, plus short reviews:

And now, since I obviously know so much about it (lol), my predictions:

I'll likely be liveblogging on my Oscars 2019 tag on pillowfort (and/or possibly on twitter?), so feel free to watch me be completely wrong in real time!

I'm hosting this week at

comment_fic! All of the themes this week are about different types of love, in honor of Valentine's Day coming up. Come prompt, fill, and have fun! :)
Collapse